Five reasons for which you should not become an entrepreneur

Five reasons for which you should not become an entrepreneur 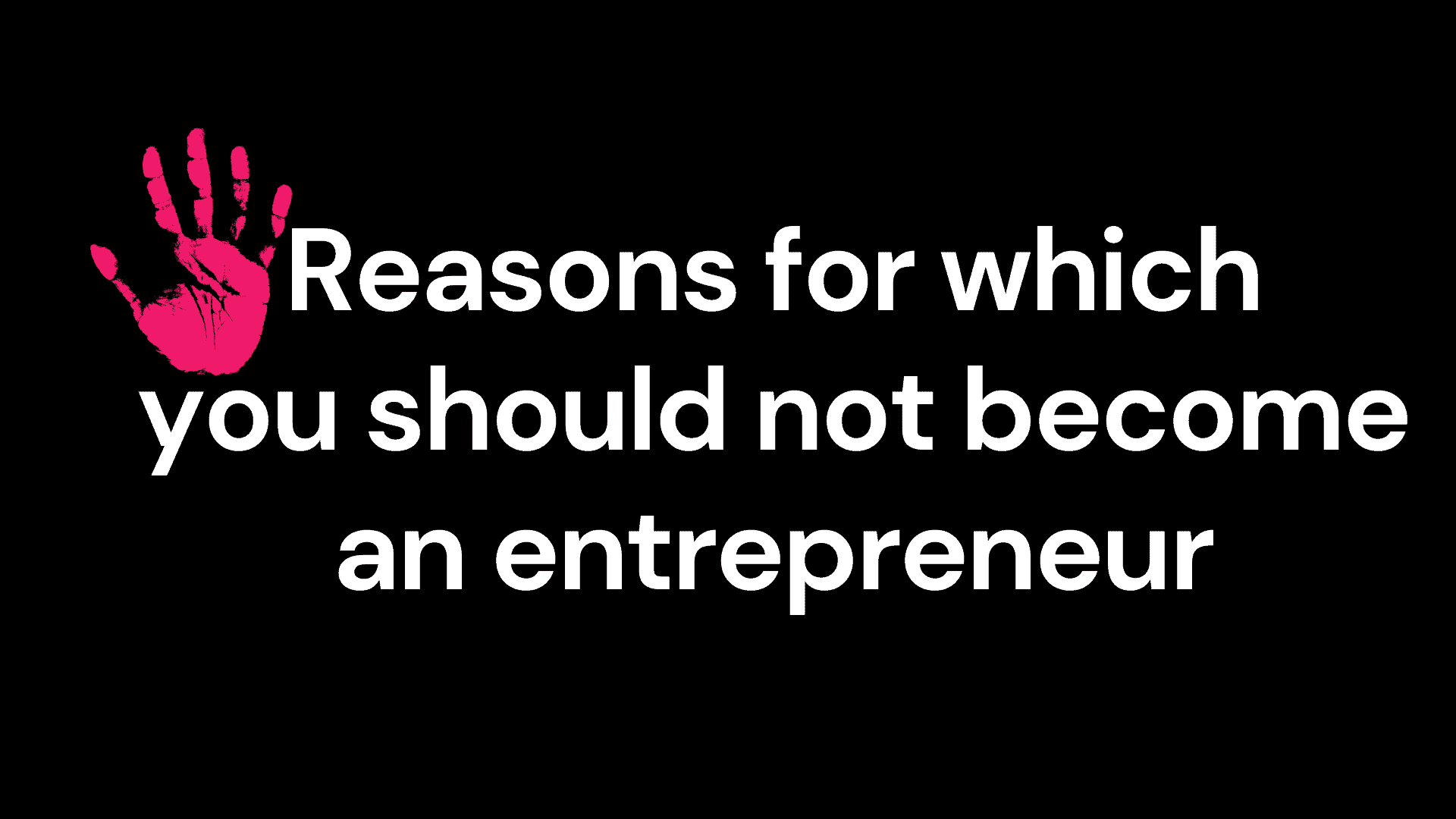 In this article I want to talk about why founding a startup is not everyone’s cup of tea and the main reasons why people falsely believe they have to become entrepreneurs. The list also includes also some of the mistakes I made in my initial days. Revalidating my expectations with these reasons helped me find the right purpose.

Founding to make money short term is not the right reason to found a startup because one has to realise that it is a long journey and failures will happen. If failures do happen then you need to right reason to stick around and it cannot be money as startups are not considered to be the best stable sources of income.

On average a founder does not take any salary for a year and even post the year it is considered to always take less than market salary. If you look at it from this perspective then starting up for money would not keep you going for long.

The goal must be to make long term wealth.

Everyone around you is doing it – FOMO

This is one of the new reasons which has increasingly grown after the social media boom as there is a lot of information out there which creates a large fear of missing out. People think that everyone around is a founder and is minting millions with huge billion dollar valuations and millions in funding. But in reality this is not true. Thousands of startups come up every year and only 20-30 end up as unicorns in the top startup countries i.e USA, China, India etc. This is because the rest have either failed or not reached the unicorn status. Large valuations and huge funding means nothing to a founder if the startup does not grow to be profitable or isn’t acquired in some shape or form. Over that the wrong consumption of news is what leads to a bad decision as people only look at the top 0.1% and forget to not the rest.

For the glitz, glam and title

This is one of the reasons which has also increasingly grown after the social media boom. People think founding a company brings popularity in the form of followers, likes, shares and titles. Everyone wants to have the founder or MD or CEO status on their business card. It is cool to have this on the business card and on different social media, but what is the output of having it. If you fail to build a business and do it for the glitz and glam of it you still have nothing apart from an internet presence.

Just because you have an idea

Yes just having an idea means nothing. In my experience execution means everything. There are startups which copied products and business models of already existing companies and have been more successful than the existing ones. There are founders who have no clue about innovation but are great leaders and executives so they get their shit done.

An idea is like an ass, everybody has one.

If you cannot execute and deliver, an idea means nothing to anyone as people keep getting them everyday.

All in all, after spending over 7 years either creating startups, working in them, or engaging with them I have learnt that there are two kinds of people. People who are entrepreneurs and people who think they are entrepreneurs.

People who think they are entrepreneurs usually have any of the five reasons due to which they started up. In the next blog I will be talking about the reasons why I believe you need to found a startup.